NewsEventsThe Tragedy of “Leogrand” – The Gaps in the Safety Policy 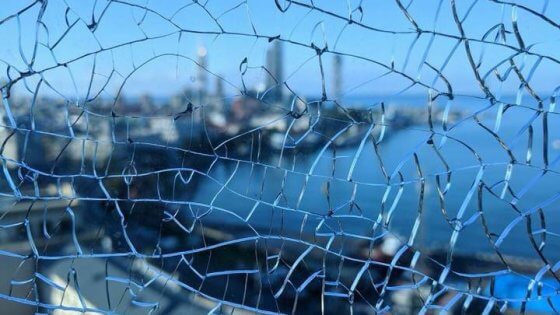 The Tragedy of “Leogrand” – The Gaps in the Safety Policy

Two weeks after the tragedy at the hotel “Leogrand”, EECMD held the discussion at the Batumi Democracy School. The guest speakers were Gia Ramishvili, an architect; Irakli Akhaladze, the Head of Architecture and Urban Planning Department and Shota Gujabidze, an activist and the founder of society „Batomi”.

Architect Gia Ramishvili discussed the state of construction rules, the transformation of the legislation in this regard and the need of initiating the relevant changes. According to him, from 2004 onwards, after construction processes started in Batumi, the regulatory bodies have been fully abolished and the state institutions lost the monitoring functions. This has fully exempted the construction companies from the obligations.

During the period of commencing the construction of the hotel “Leogrand”, the owner did not have any safety related obligation, including the obligation to present the project on fire safety. From January 1st , 2017, due to the demands from the field specialists, civil society and due to the requirements of the EU Association Agreement, the government of Georgia adopted “The Technical Regulation on the Building Safety Rules” ( the provision number 41 of the government of Georgia), which is in compliance with the international standards.

Despite some improvements in the legislation, the state monitoring mechanisms are still weak. According to Irakli Akhaladze, the head of the Department of Architecture and Urban Planning, the new regulations do not create full obligations for issuing the construction permits: “the key responsibility is on the customer and then on the expert who has to have 5 years of work experience, while the minimal responsibility is on the institution which issues the permit.”

The meeting participants responded emotionally to such a statement. According to them, state institutions have to take more obligations and share the responsibility. Not only they have to adopt the law, but strengthen the monitoring functions and make the regulations more effective.

One of the speakers, Shota Gudjabidze, emphasized on the important role of the public and the public movements : ”After this tragedy, the responsibility is on many state institutions. The major shortcoming of the government is that the city ‘is developing’ but against the will of the population. According to him, Baku Street, where the hotel ‘Leogrand” is located, is historical place and despite the prohibitions by the law (“Law on Cultural Heritage”) all the cultural sites on this street are damaged”.

The participants of the meeting have been actively engaged in the discussion. The audience members pointed out that the state has not taken any meaningful steps in the aftermath of the tragedy. Although the schools are being monitored in terms of fire safety, the questions remain unanswered whether or not the buildings will be regularly checked, the buildings unsafe for living will be identified, the construction materials that are damaging for the health will be identified and prohibited, regulations will become stricter, the monitoring body will be established and the power holders will take the political responsibility.

It has also been remarked that the discussions of this nature are vital for the purposes of doing analysis, ensuring public mobilization and preventing similar tragedies in the future.