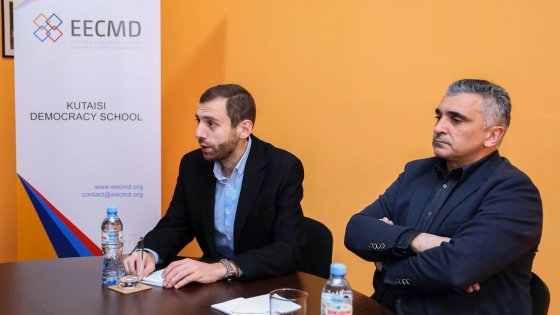 In December 2017, the Head of the Administration of the President of Georgia, Giorgi Abashishvili, and the Secretary of the National Security Council, Davit Rakviashvili, met the democracy school alumni. Meetings, attended by the current participants and the graduates of the democracy school program, have been held in three cities of Georgia – Gori, Kutaisi and Batumi.

The issues related to the security environment in the region, political processes, ongoing reforms within the country and the citizen engagement have been the major themes of the meetings. The Head of the Administration of the President of Georgia discussed the major challenges of Georgia’s democratic development. Moreover, he further talked on the importance of maintaining the democratic institutions in the country.

“It is always important to discuss the political processes in the regions of Georgia. It is even more important that the society is informed about and engaged in the ongoing political developments in the country. The issues of democratic participation and the constitutional processes are of course very popular” – remarked Giorgi Abashishvili.

The Secretary of the National Security Council drew participants’ attention to the issue of Russia’s hybrid and informational warfare against Georgia as well as to the ways of countering these challenges. “The way to deal with this problem is, first and foremost, by increasing national resilience, which is achieved through strengthening the democratic institutions and political process. This is the main instrument in the hands of Georgia and each act of citizen engagement in the political process will bolster the democratic and institutional development”-said Davit Rakviashvili.

Meeting at Batumi Democracy School focused on the issues of constitutional reforms and the developments after the 2016 Parliamentary elections. According to Mr. Abashishvili, increasing the citizen participation is important to hold the government accountable to the people in terms of implementing the reforms. During the meetings, both the Head of the Administration of the President of Georgia and the Secretary of the National Security Council answered to the questions of the audience.

EECMD democracy schools operate in four cities of Georgia – Telavi, Gori, Kutaisi and Batumi. Since 2017, the democracy schools have been launched in Lviv and Odessa. Democracy School is an in-depth, five-month educational program that focuses on democratic governance, democratic policy and political action issues. In addition to the educational courses, schools regularly host different kind of discussions and activities. These meetings were the continuation of the tradition that EECMD always offers to its alumni. 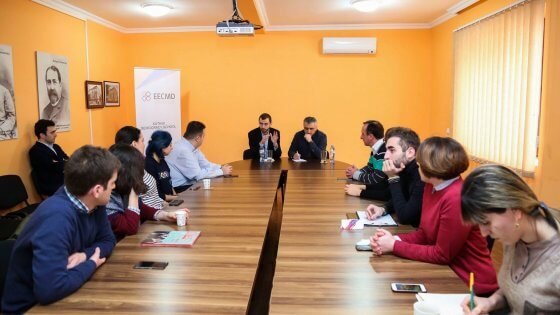 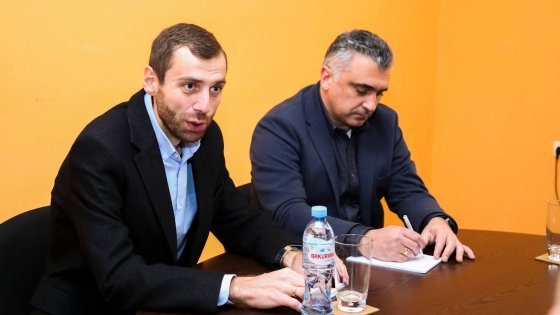 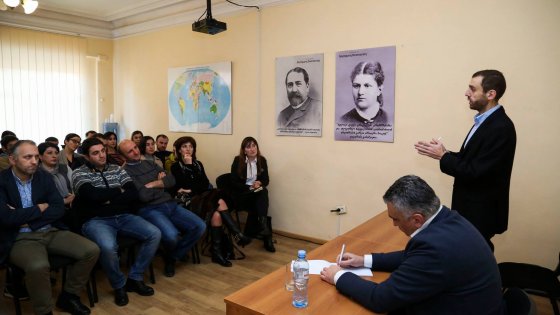 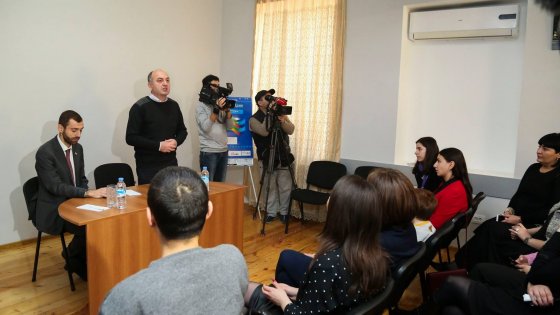 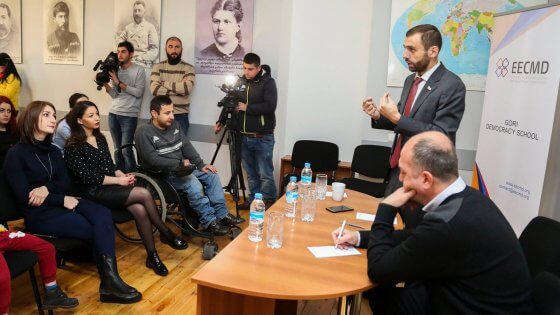 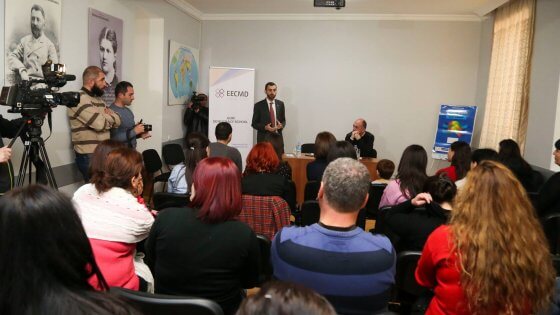