NewsUncategorizedVisit of Democracy Leader to the Kingdom of Netherlands 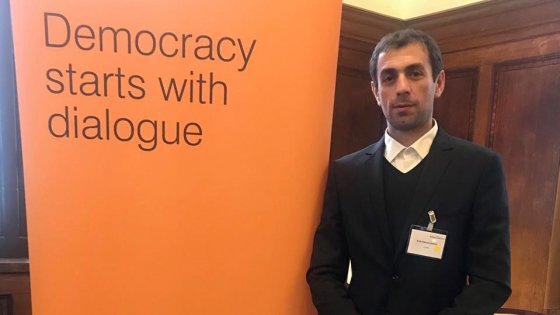 Visit of Democracy Leader to the Kingdom of Netherlands

On November 27-30, Archil Mchedlishvili, Democracy Leader 2017, awarded by the Eastern European Centre for Multiparty Democracy had visited the Kingdom of Netherlands.  He had participated in an Innovating Democracy 2018. Annual forum, organized by NIMD is an initiative to bring citizens, politicians and government officials together to explore the future of democracy.

The main issue being discussed during the Innovating Forum was how technology affects democracy. The invited experts discussed how technologies can involve more people in decision making process and talked about experiences of several countries.  Forum was finalized by interesting discussion where Dutch Political Party representatives talked whether digital tools can break down the barriers to make citizens voices heard.

Mr. Mchedlishvili had also shared his experience during the forum and talked about the story of civil protest “sheep”. Apart from the forum, Democracy Leader visited Binnenhof and House of Representatives of the Kingdom of the Netherlands.  The guided tour organized by the ProDemos introduced him to the brief history of parliament of the Netherlands as well as the mechanisms through which the Dutch political system operates.

The Democracy Leader Award was designated in 2015 and has become a tradition of EECMD. By awarding the prize to democracy school alumni, EECMD encourages them to more proactively utilize the skills and knowledge acquired at democracy schools and, by so doing, contribute to strengthening the democratic development of Georgia.