NewsUncategorizedArchil Mchedlishvili became the recipient of Democracy Leader Award in 2017 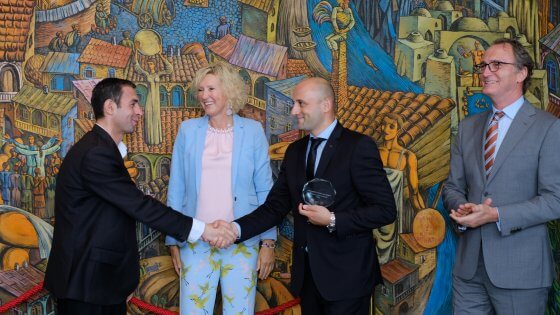 Archil Mchedlishvili became the recipient of Democracy Leader Award in 2017

Civic activist, Archil Mchedlishvili, became the recipient of Democracy Leader award. An award, designated by the Eastern European Centre for Multiparty Democracy (EECMD), is given for the third time to the graduates of Democracy School who showed bravery and leadership skills in terms of promoting democratic values, human rights and rule of law.

Democracy leader of this year is a journalist, civic activist and Telavi Democracy School alumni. Archil, one of the “citizens”, managed to raise important issues for public discussion and protested overtly the steps he deemed undemocratic. For years, he has been working as a journalist for regional media outlets, while during last years he served as a public servant at Telavi local municipal body. He was actively supporting decentralization of local self-governance. From 2017 onwards, since it became known that the decision on abolishing the self-governing city status of Telavi was made, he started and organized active civil protest. Despite being public servant, he vigorously protested the facts of merging municipalities and abolishing self-governing city status of Telavi. Archil’s idea was “civic protest sheep’, which he nominated for participating in the local self-government elections in 2017.

„The title of “Democracy Leader” is not only an award to me, but also a source of enhanced motivation and increased responsibility. I would like to thank the team, majority of which are democracy school alumni; without them I would not receive this prize. Special thanks to my friend – a journalist and democracy school graduate, Maka Mosiashvili. No matter how my future unfolds, I will always remain a vocal supporter of the democracy school and do everything in my power to translate the democracy school values – which unite us all- into a practice”- remarked Archil Mchedlishvili.

The Democracy School Award was designated in 2015 and has become a tradition of EECMD. This initiative is an expression of support and acknowledgment to often less visible, but very valuable, work that is being done by democracy activists for their community, city and country. By awarding the prize to democracy school alumni, EECMD encourages them to more proactively utilize the skills and knowledge acquired at democracy schools and, by so doing, contribute to strengthening the democratic development of Georgia. 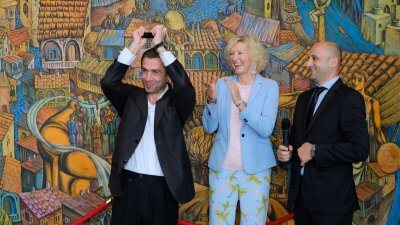