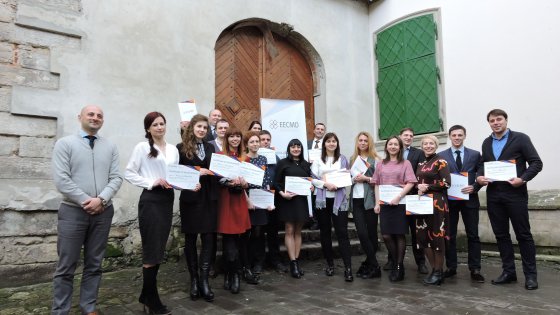 Graduation Ceremonies at EECMD Democracy Schools in Lviv and Odesa

On March 13 and 15, the first graduates of Lviv and Odesa Democracy Schools were awarded certificates of achievement. 19 students from Lviv and 15 students from Odesa, who successfully completed the comprehensive five-month programme, gathered together once again – this time to take part in the ceremony attended by a team of the EECMD representatives. Levan Tsutskiridze, the EECMD Executive Director, Kyrylo Tretiak, the Program Officer for Ukraine, and Yuliia Sudzilovska, the Ukraine Executive Assistant, arrived from Tbilisi and Kyiv to join in the ceremony and hand in the certificates. On this formal but cheerful mission they were helped by the local Democracy Schools Coordinators: Petro Kuzyk in Lviv and Sergii Glebov in Odesa.

During their speeches Petro Kuzyk and Sergii Glebov congratulated the graduates on their accomplishment, stressed their major role in establishing the future Democracy School Alumni Network and reiterated the EECMD’s intention to support them in their everyday activities aimed at strengthening democracy in Ukraine. They also expressed their gratitude towards the project donor – the Netherlands Institute for Multiparty Democracy (NIMD) – which helped to bring the Democracy School project to its successful accomplishment. Kyrylo Tretiak appealed to the alumni to work together and contribute to the formation of a community of civic and political activists united by the idea of a tolerant, democratic and prosperous society in Ukraine. Levan Tsutskiridze emphasized the importance of “little” things in developing democratic societies as every person can promote democracy by simply acting in line with democratic values in his or her own routine life. He encouraged the alumni to employ the skills and knowledge acquired during the intense training programme at the Democracy Schools and effectively work together to eliminate corruption and develop a truly democratic society in the country and the region.

The alumni of both schools were also eager to share their impressions, words of gratitude as well as to deliberate on the achievements and shortcomings of the pilot project. Khrystyna Matsukevych, a participant of Lviv Democracy School, compared the EECMD Democracy School project with a local reform, which helped the students to overcome internal barriers and empowered them to push forward some progressive changes in the Ukrainian society. She underlined the importance of becoming part of the reformist transformation in the country. Another participant from Lviv, Bohdan Libych, expressed his gratitude to the organizers and sponsors of the project, adding that such schools are badly needed in other towns and regions of Ukraine. During the graduation ceremony in Odesa Varvara Sokolova, a student of the Odesa Democracy School, noted: “On behalf of our group I would like to thank you for this opportunity to be the very first graduates!” “We assume our responsibility to utilize the skills gained, share our ambitions and encourage new perspective students to join us in this useful and ambitious project.

The ceremonies were followed by informal get-together events. The alumni and the EECMD representatives alike used this opportunity for reflecting on the content and format of the courses, discuss the details of the Alumni Network as well as come up with new joint projects for the future. Everyone agreed that this was not the end but just the beginning of the cooperation and that the first generation of the Democracy Schools graduates would be joined by the next promising students and alumni.

Driven by the success of the pilot project, the EECMD team is currently working on opening the third Democracy School in Ukraine. It will empower yet another group of regional activists to become the frontrunners in developing democratic society and institutions in Ukraine. 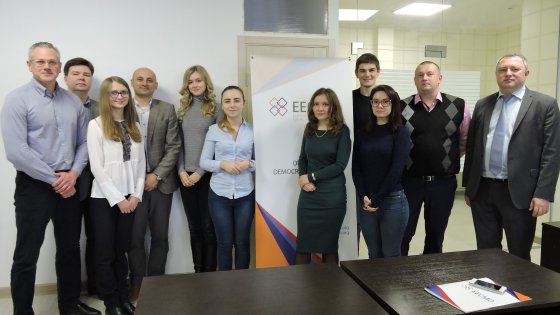 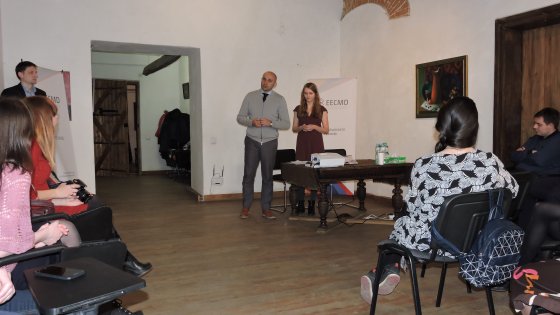 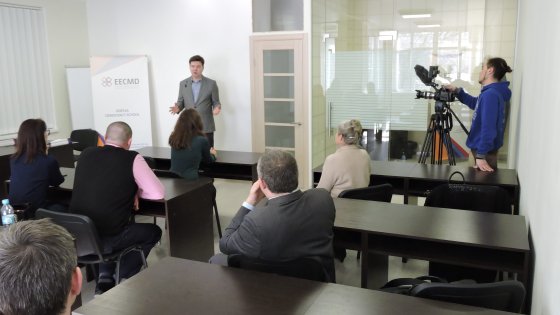 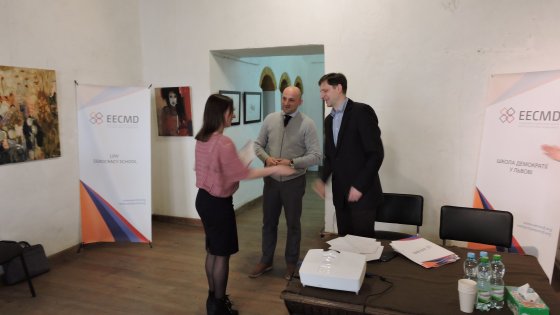