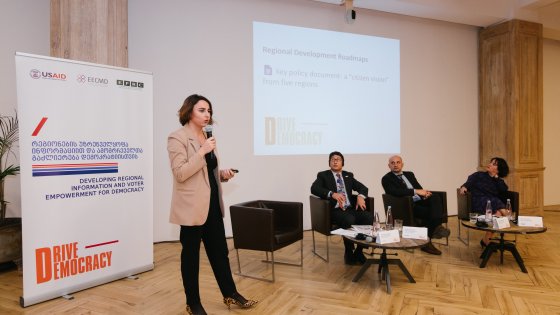 On December 12, presentation of the project “Developing Regional Information and Voter Empowerment for Democracy” and the following discussion was held. The “Drive Democracy” is implemented by the Eastern European Centre for Multiparty Democracy (EECMD) in partnership with the Economic Policy Research Center (EPRC). The purpose of the project is to inform and empower voters, as well as increasing the accountability of elected officials by implementing local projects. The “DRIVE Democracy” project is funded by The United States Agency for International Development (USAID).

The launch event was attended by representatives of political parties, international organizations, as well as local NGOs and the media. Mr. Levan Tsutskiridze, Executive Director of EECMD, welcomed the guests and spoke about the importance of the project. He also stressed the invaluable importance of foreign assistance and thanked the American people and the US Agency for International Development therefor.

As USAID Mission Deputy Director David Hoffman said, this is the right project at the exact right time. Its goal as an investment in a long-term value is to empower Georgian citizens, with a particular focus on the regions. The “DRIVE Democracy” creates a platform for citizens with limited access to democratic processes to state their concerns, and on the other hand, for politicians to respond to them with the problem-solving and more accountable approach.

Director of the EPRC, Nino Evgenidze addressed the event attendees and named the project as a good example of how the knowledge and power can be interlinked. According to her, NGOs should serve as a bridge between the two and facilitate the development of critical thinking, which in turn would guarantee progress in the country.

As for the objectives of the “DRIVE Democracy”, activities planned within the project and expected outcomes, project coordinator Nino Khitarishvili gave a detailed presentation.

The following part of the event was given to a panel discussion, in which Democracy School leaders Archil Mtchedlishvili, Gvantsa Doluashvili and the Dean of School of Law and Politics at GIPA, Bakur Kvashilava participated. They addressed the main factors contributing to anti-democratic propaganda in the country, as well as the ways to build confidence in democratic processes and the importance of accountability of politicians and political parties to citizens’ needs. 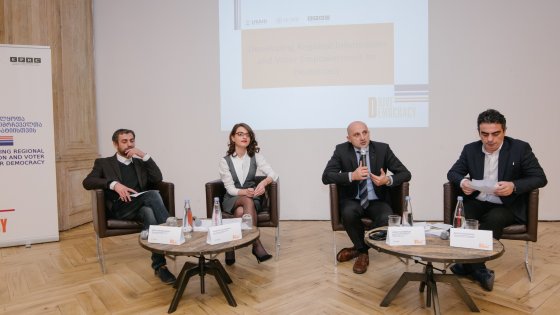 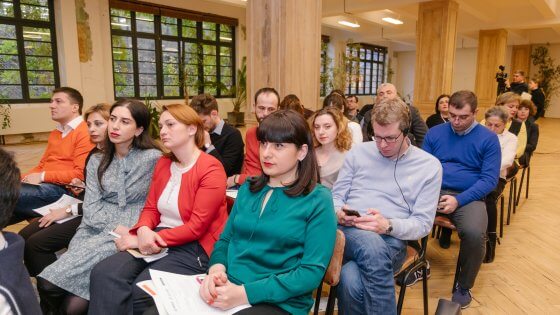 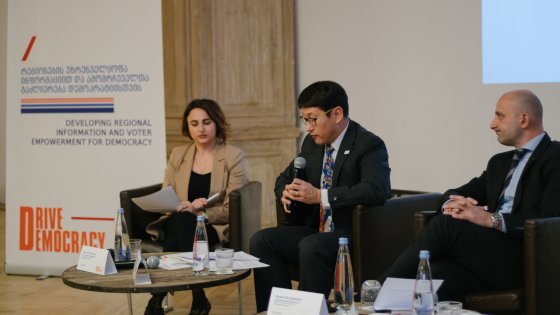 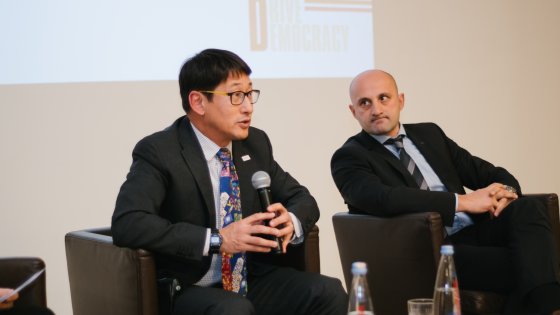 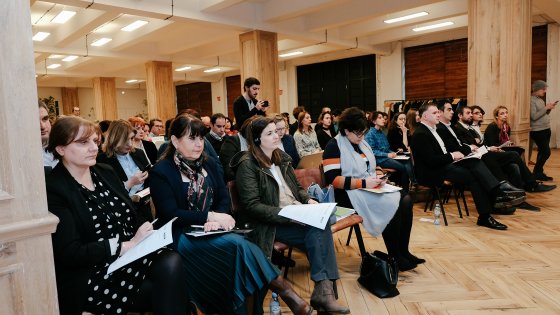 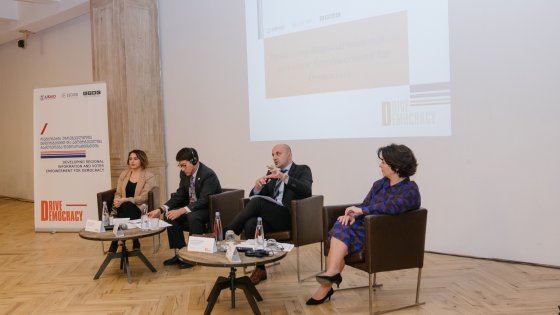 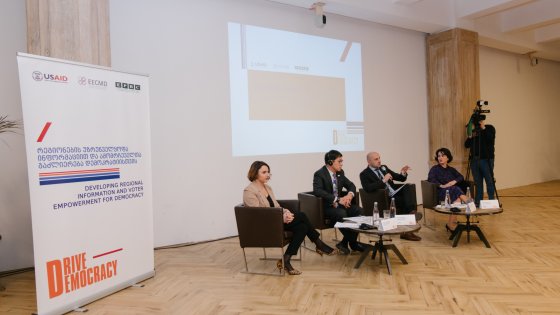 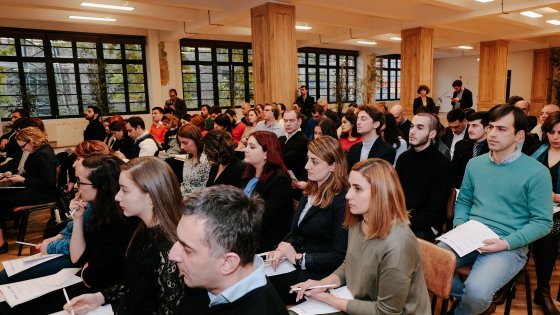 On December 12, presentation of the project “Developing Regional Information and Voter Empowerment for Democracy” and the following discussion was held.