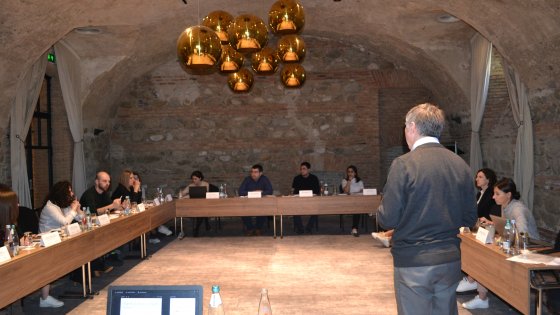 The Eastern European Centre for Multiparty Democracy (EECMD) organized four two-day trainings on Electoral Systems, Electoral Standards, and Women’s Representation in Politics. The trainings took place in a multiparty setting and gathered the representatives of the different political parties and civil society organizations from Batumi, Kutaisi, Gori, and Tbilisi. The trainings aimed to respond to the ongoing political discussions within the political spectrum, to increase their capacity on the issue, and to create a shared understating.

The program of the two-day trainings combined theoretical and practical exercises. The theoretical part of the training covered the following issues: definition of the electoral systems, their function, importance, and classification; the term representation and three major aspects of it; international standards and instruments of election; and observation missions, etc. Within practical group assignments, participants discussed majority rules, electoral systems, compared different electoral systems to each other, and debated on election systems’ designs and women’s representation in politics. The two-day trainings were facilitated by Zurab Khrikadze, a former member of the Central Electoral Commission of Georgia.

The training was conducted in the framework of the project ‘Regional Engagement to Advance the Creation of Hubs for Democracy (REACH for Democracy)’. This EU-funded project is implemented in Georgia, Kyrgyzstan, Moldova, and aims to create an international network of young democrats from across the political spectrum, who will work together to make their political systems more plural and inclusive.