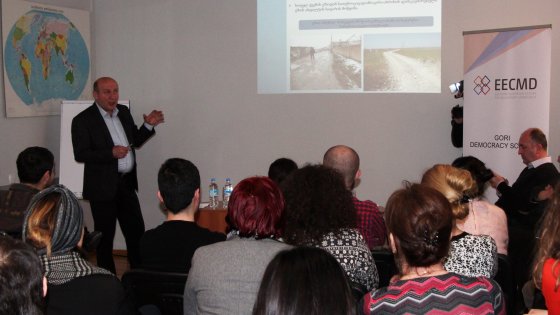 Following the 2017 Local Self-Government elections, all municipalities and self-governing cities have elected the mayors and new members of the City Council (Sakrebulo). In February, hundred days passed since the newly elected mayors started their term.

Upon the initiative of the Eastern European Centre for Multiparty Democracy (EECMD), mayors of Telavi, Gori and Batumi presented the summary of the activities implemented during their First 100 Days in the office. The purpose of the meetings was to facilitate the communication between the government and people and to hence increase transparency and civic engagement.

The mayor of Gori, Konstantine Tavzarashvili, presented the summary of the activities carried out during his First 100 Days in the office on February, 26. During the presentation, the mayor has discussed planned and already implemented activities and the projects. In particular, he focused on the issues such as human resources and reorganization policies, planned activities within the 2018 budget, infrastructural projects, procurement and tenders, environmental protection and the development of tourism.

The presentation was followed by discussions. The mayor responded to the questions and initiatives raised by the members of the audience.

At the meeting held in Batumi, the mayor of the city, Lasha Komakhidze, presented to the audience the report of the past activities and outlined the work that has to be implemented in the future. He particularly drew attention to the initiatives that aim at introducing strategic planning in the work of the municipality and increasing the efficiency of the City Hall. According to the mayor, the tragic fire at the hotel “Leogrand” further demonstrated the  need of elaborating a new strategy of emergency management.

Mayor also emphasized on the need of making inventory of damaged houses and inspecting them in terms of fire safety. Further issues related to construction, cultural heritage, greening and transportation have been also discussed.  Discussions particularly centered on the issues of citizen engagement and communication between citizens and the municipal bodies.

In the city of Telavi, the meeting was held on March 17, 2018. The mayor of the city, Shota Nareklishvili, also provided information to the audience regarding the implemented and planned activities. He focused on the issues of human resources and reorganization policy as well as on the infrastructural and social programs. Furthermore, a particular attention has been devoted to the issues of economic development of the municipality, environmental protection and public transportation. Shota Nareklishvili further remarked that the city hall building will soon become accessible for the people with disabilities. Moreover, Telavi municipality plans to build 2 kindergarten and further restore 6 buildings. Mayor also drew attention to the EU funded project that aims at increasing energy efficiency in the region.

During the discussion part of the meeting, issues such as the public transportation, parking and the problem of homeless dogs were raised. Hard questions have been asked regarding the tenders. Mayor expressed his readiness to meet with the citizens on a permanent bassis and answer to their questions. 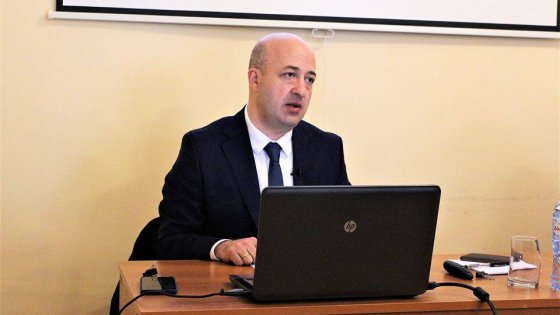 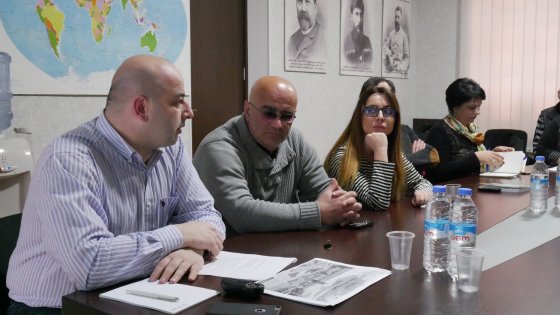 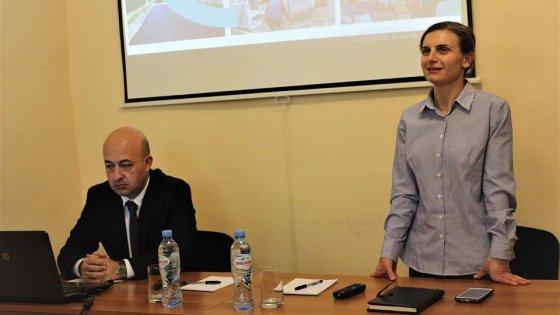 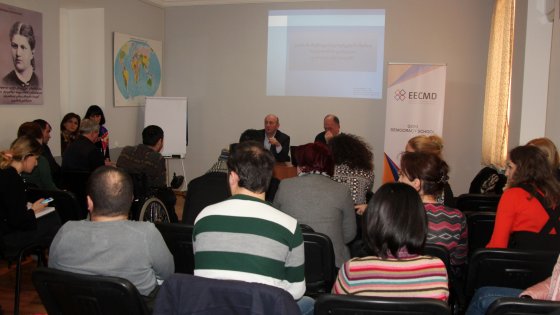 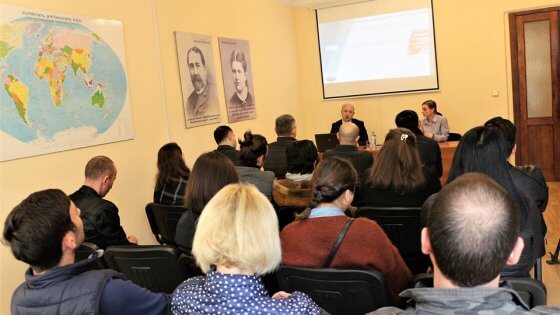