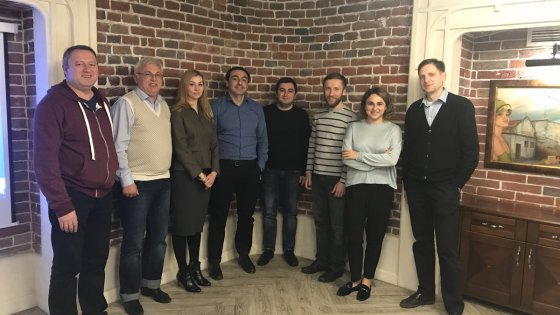 On 30 October – 3 November, 2017, The Eastern European Centre for Multiparty Democracy has organized the Training of Trainers (ToT) on Anti-Corruption in Lviv, Ukraine. The training was attended by a group of participants from Kyiv, Tbilisi, Lviv and Odesa. The ToT focused on studying the phenomenon of corruption as well as on discussing the best practices of combatting corruption.

The training was led by Dr. Alexander Kupatadze, King’s College London (UK), who, shared with the participants his knowledge of the subject and guided them in search of the ways for overcoming corruption in their respective countries and communities. The ToT’s focus on the region of Eastern Europe as well as on the young democracies from other parts of the world proved to be a key to the success of the event.

The primary aim of the ToT was to acquaint the participants with the ongoing theoretical and practical debates on the issue of corruption, and to equip them with the knowledge on specific examples, success stories and cases studies concerning the issue of fighting against corruption. Based on the theoretical knowledge acquired during the ToT, the selected trainers will work towards elaborating the Anti-Corruption Module and delivering lectures to the democracy school attendants both in Ukraine and Georgia.

The training proved to be beneficial for all of its participants. “Thank you for your participation! I have not only presented the material but have also learnt a lot from your discussions” – mentioned Alexander Kupatadze in his wrap-up word at the end of the training. “It has not been yet another training for me, but rather a unique opportunity, offered by the EECMD and its partners, to get to know the most up-to-date methodology of how an anti-corruption course can be designed and taught to students” stated Volodymyr Stretovych, a renowned Ukrainian lawmaker and now an anti-corruption trainer at the Democracy Schools in Ukraine. Another participant of the training, lawyer Andriy Kostin from Odesa, noted: “It has been a really great week indeed. Success to all of us in our anti-corruption work!”