NewsAzerbaijanStatement on the disappearance of Emin Aslan in Baku. 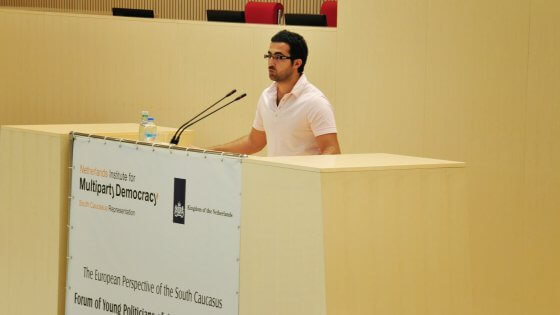 Statement on the disappearance of Emin Aslan in Baku.

We have learned today that Mr. Emin Aslan, our former colleague, has been kidnapped in Baku by the unidentified individuals. We are very concerned with his fate in the face of widespread kidnappings and mistreatment of journalists, human rights activists and pro-democracy leaders in Azerbaijan.

Emin Aslan worked for our South Caucasus Program during 2014-2016. In this capacity, he showed a true dedication to human rights and democratic values and worked hard for the education and empowerment of the young generation of his country.

We hope that the true and accurate information about the whereabouts of Emin Aslan will become shortly known and that his rights and liberties will be fully respected.

Again, we express great concern for his disappearance and look forward to seeing him in liberty and safety soon.