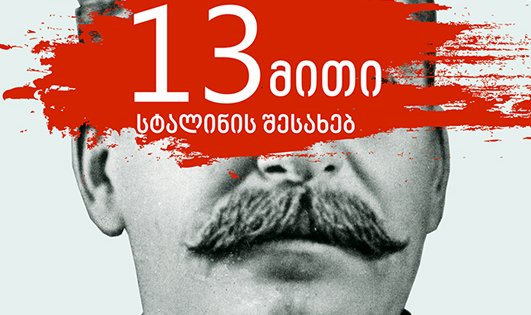 The publication “13 Myths About Stalin” has been commissioned by the Netherlands Institute for Multiparty Democracy (NIMD). The aim of the publication is to refute myths about Stalin, which were created by the totalitarian state and which are still widespread in Georgia. The publication explores the sources, reasons and the causes of longevity of 13 most widespread myths about Stalin. Totalitarian regimes are constantly encased in myths and legends, some of which are formed during the existence of the regimes and serve to strengthen the system. Other part of the myths are formed later, in a different social environment, as a result of public attitude or deliberately by the state or social institutions or at their commission. Many myths exist regarding Stalin’s biography. We have selected 13 the most popular and the most widespread myths about Stalin.

See the full version of the publication in Georgian