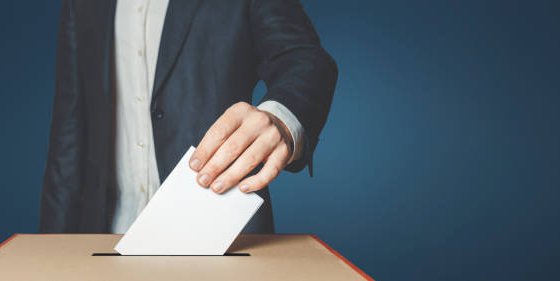 Batumi, Kutaisi, Gori and Telavi Democracy Schools of Eastern European Centre for Multiparty Democracy, hosted discussios regarding the recent amendments on electoral system. Representatives of ruling party and opposition, as well as members of civil society organizations and active citizens analyzed the advantages and disadvantages of proposed proportional electoral system, with natural barrier.

What does proportional electoral system change? What are the main advantages and challenges to this reform? What are the opinions of governmental and opposition forces on this reform? – Discussions were mainly concentrated on these issues.

All the meetings at Democracy Schools were attended by the representatives of “Georgian Young Lawyers’ Association (GYLA)”, “Transparency International – Georgia (TI)” and “International Society for Fair Elections and Democracy (ISFED)”. They shared their respective organizations’ positions on the electoral reform with the participants of the meetings.

Representative of GYLA in Kakheti, Ms. Marekhi Mgaloblishvili highlights the level of representation in proportional systems: “Initiated proportional system with zero threshold will definitely provide one of the most democratic and fair distribution of mandates. Every vote will be translated into seats and the number of wasted votes will decline drastically. Besides, the number of undistributed mandates, which, for example, was 20% during last elections, will also decrease.”

Representative of TI in Adjara, Mr. Malkhaz Chkadua positively evaluates the reform: ”Our organization has been demanding to adopt proportional system and lower the election threshold, however, zero threshold was not even considered. From another perspective, it will be better than ‘feudal system’ financed by the majoritarian candidates themselves. We are an organization, combatting the corruption, so we will still monitor the circulation of money in politics especially in  pre-election period.”

Representative of ISFED in Gori, Ms. Tea Tedliashvili concentrated mainly on risks: “Although this initiative is a step forward, natural barrier has its disadvantages. In particular, it might create the sense of political instability, having negative impact upon electoral environment. In my opinion, three percent threshold would be better for stable political development in order to avoid the probability of formation of so-called satellite parties. Parties, which will be used for personal purposes, not having political ideology and perspectives on the further development of the country”.

Evaluations from civil society organizations were followed by the ones from political parties. Member of “European Georgia”, and the Supreme Council of the Autonomous Republic of Adjara, Mr. Petre Zambakhidze stated: “Although this reform is not in favor of large parties, we still support zero threshold in order to provide small parties with an opportunity to enter the parliament”.

Members of United National Movement have different position. Mr. Gigi Gigitelashvili, member of Kakheti regional organization of UNM, states, that “the government is afraid of united opposition and addresses it efforts to divide it. As far as blocks are not allowed, all the parties will have to run for the office separately. Zero threshold serves this purpose, nowadays.”

Member of “Development Movement” from Gori, Mr. Soso Vakhtangashvili stresses on the importance of the reform and calls all the political parties on negotiation table. “Shift to the proportional system is a significant development for our country. Instead of street protests, crisis will be resolved in parliament. We should not give the government any reason to change this decision. We have to reach an agreement.” Representative of Civic Movement from Batumi, Mr. Mirian Mertskhaladze talked about the increased chances for the third power. “According to various surveys, society has been waiting for the third power. Proportional system will provide such parties with a better access to parliament, it will also make parties to compromise and reach a consensus in favor of strengthening democracy. Member of the Supreme Council of the Autonomous Republic of Adjara and representative of Georgian Dream, Mr. Ilia Verdzadze highlights how proportional system works in favor of small parties to make them stronger.

Besides the representatives of political and civil sector, citizens were also actively involved in the discussions. Lawyer, Mr. Giorgi Khamshiashvili noted, that “the reform itself is desirable, however, taking into consideration oligarchic system, weak democratic institutions, dark money in politics, it will be hard to initiate real changes”.

Attendees of the meeting in Batumi, suggested their opinions towards Autonomous Republic of Adjara as well. Part of opposition forces demands to implement electoral system with three percent threshold. However, ruling party believes, it is better to leave the same mixed electoral system in Adjara, as proportional system will not effectively lower the threshold (from 5% to 4.07%). Besides, citizens prefer to have direct representatives in a legislature, however, they are ready and open for consultations.

Discussions at all four democracy schools turned to be quite interesting. Attendees highlighted the importance of such meetings prior to initiating that significant reform on electoral system. Eastern European Centre for Multiparty Democracy constantly addresses its efforts to create hubs for discussion and strengthen democratic processes.