NewsDemocracy EducationEECMD to launch the 4th Democracy School in Ukraine 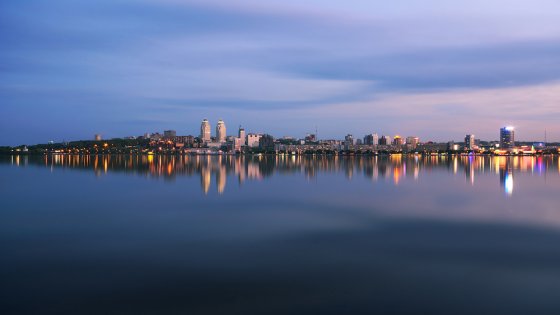 EECMD to launch the 4th Democracy School in Ukraine

The Democracy Schools of the Eastern European Center for Multiparty Democracy have been operating in Ukraine since 2017. The first two schools were launched in Lviv and Odessa, and the School in Poltava was opened in 2018. The Democracy School curriculum includes topics related to democratic politics and leadership, political culture, elections and electoral systems, political activism and anti-corruption.The Schools provide a unique space for training and education and also function as an important hubs of civic activism and alumni networking.

From May 14-15, 2019, representatives of the EECMD made a scope mission to Dnipro to assess the possibility of launching the fourth Democracy School in Ukraine. During two day period, meetings were held with representatives of local branches of political parties, CSOs and NGOs, and local authorities and academics. According to the mission results, a joint NIMD and EECMD decision has been adopted to establish the fourth Democracy School in Dnipro, Ukraine.

Dnipro (formerly Dnipropetrovsk) is one of the biggest Ukrainian cities with a population 988 000. It is the center of the Dnipropetrovsk Region. It is a large industrial, financial, and educational center. The city, as with the entire region, is located next to the Donetsk region. A large number of veterans of the Anti-Terrorist Operation live in the city today. The veteran organizations participate actively in the city’s civic life.

Student recruitment for the Democracy School in Dnipro will start in June. A short-list will be compiled and followed by interviews to select 25 students in August and September. The program will start in October 2019.

The project is implemented with financial support of the Netherlands Institute for Multiparty Democracy (NIMD).